Each EDDE event is something special and this one was not an exception, particularly because it was done in a hybrid version – virtually and on the spot at Jable castle – together with the Diplomatic Academy of Slovenian Ministry of Foreign Affairs. Despite having a positive nervousness before the start everything went well and the whole training turned out to be a success.

In two days, 50 Slovenian diplomats, ambassadors, and embassy officials had a chance to listen and to participate in a variety of lectures about Digital Diplomacy.

The training was launched by the introductory remarks by Ingrid Omahna, European Digital Diplomacy Exchange Project Coordinator from Centre for European Perspective (CEP), Jean B. Leedy, from the U.S. Embassy in Slovenia, Katja Geršak, Director of CEP, and Miriam Možgan, From the Diplomatic Academy of Slovenian Ministry of Foreign Affairs.

After the introductory remarks, we dived straight into the matter by a lecture about the Digital Future and Why You and Your Boss Should Care about it. When basics were covered, we continued with lectures about Developing Effective Messaging Campaigns, how to use Visual Essentials, and concluded the day with an overview of Twiplomacy at the Slovenian Ministry of Foreign Affairs.

The second day was kicked off with a Showcase of best practices for communicating during the COVID-19 emergency, by the representative of the Government office of Estonia. How to Counter Disinformation and Propaganda in the Digital Age lecture followed and focused on the examination of contemporary disinformation practices. The training was concluded by two lectures – how the media landscape changed in the last decade, tips and tricks on how Slovenia and small countries can present themselves, and how to use Influencers to break out of the habit of using social media as a monologue. The training ended with concluding remarks by Susan Falatko from the U.S. Embassy in Slovenia.

We are also very thankful to the amazing team of Kraftart, for the flawless execution of the technical aspect of the training. 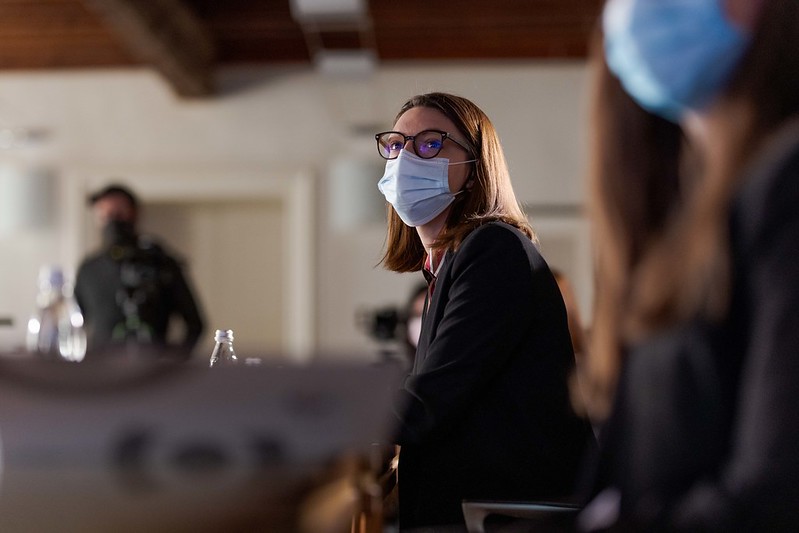