EDDE: How to Turn Your Smartphone into a Movie Production Studio

EDDE: How to Turn Your Smartphone into a Movie Production Studio

Nowadays, everyone has a powerful video camera in a pocket: a smartphone. With a little practice, tools, tips, government communicators have all they need at their fingertips. The Centre for European Perspective (CEP) in cooperation with the United States Department of State, therefore conducted a training on Smartphone Videography between 10 and 12 December 2019 in Bled, Slovenia.

Since video is undoubtedly one of the most engaging and effective tools to communicate with audiences at the time, the participants were introduced to the world of smartphone filmmaking. After a course with Boštjan Romih they became confident and engaging public speakers, digital storytellers after a session with Charlelie Jourdan and effective communicators during the crisis after the lecture from Matt Jacobs. For the finals, they learned about the digital convergence with Matej Praprotnik and media strategies in Bosnia and Herzegovina with Admir Malagic on the first day.

On the second day, film director and CEO of Studio Production House Dražen Štader guided participants through the process of smartphone video production, including the needed equipment, video-techniques and editing of video products. U.S. Embassy Ljubljana Public Affairs Officer, J.B. Leedy presented best practices in smartphone photography, while Ingrid Omahna focused on visual communication design. Andy Carvin from the Digital Forensic Research Lab of the Atlantic Council and Nina Pejič, Researcher at Faculty of Social Sciences of the University in Ljubljana talked about the emerging threats in the digital space.

On the last day, participants divided into 6 teams needed to put the gained knowledge into practice. They became a team of government communicators for the Ministry of Citizen Protection of a country called Sloland that is challenged with a huge influx of refugees from a neighboring country called Gotan. They were tasked to launch a 3-day digital campaign to communicate the benefits of immigration and push back against anti-immigrant and anti-refugee rhetoric, which they completed with excellence.

European Digital Diplomacy Exchange project that started off in 2017 on the initiative of the U.S. Department of State, is committed to increasing members’ collective capacities to effectively operate within the digital information space. The strong relationships fostered over the courses of the project have precipitated a network of dedicated professionals who are committed to ensuring governments are operating ahead of the digital curve, and therefore able to better communicate with their citizens, better listen to their citizens, and both embrace and protect their role within the context of this new, democratized, digital information environment. 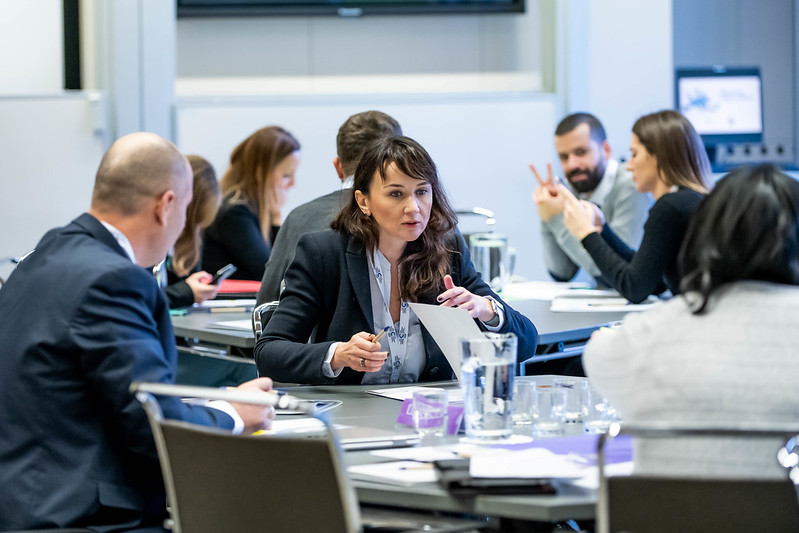